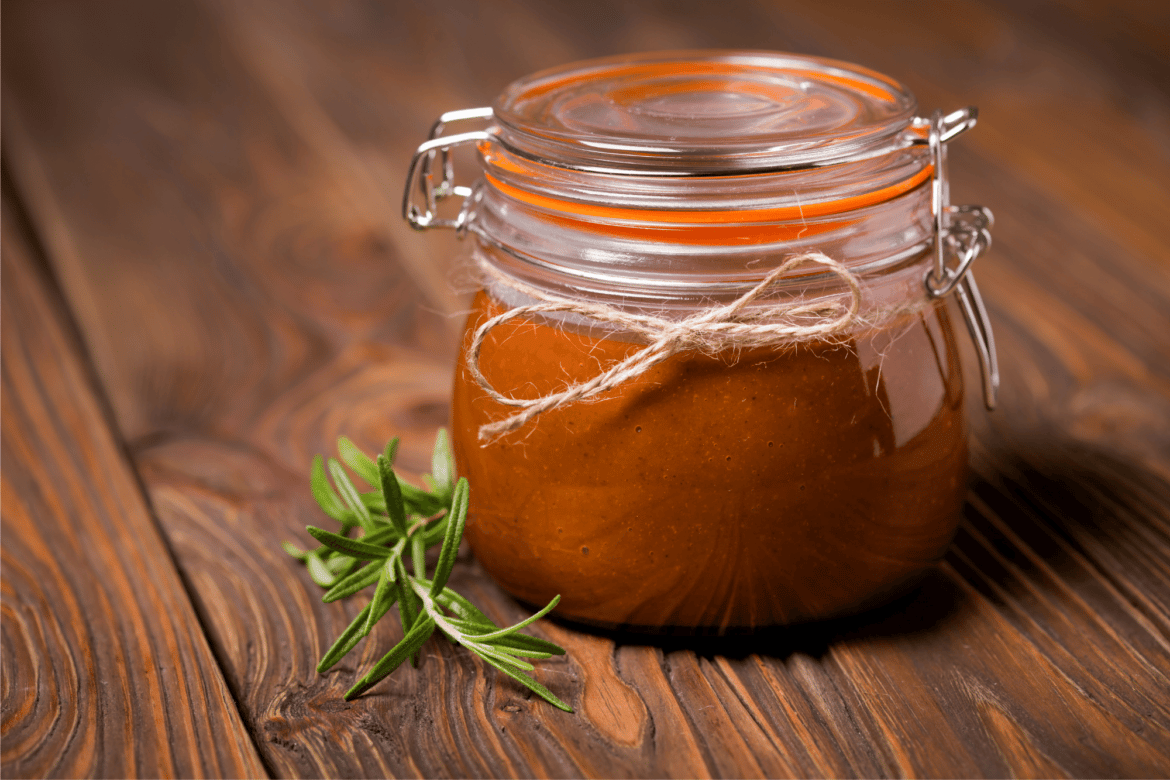 My recent foray into making curry ketchup was so successful that I was inspired. My husband was so pleasantly surprised by how much he loved the ketchup that we decided to use it as a base for honey zinger BBQ sauce. The result was fantastic.

We concocted a sweet sauce with a kick, and it was so good that the pint jar was gone within 2 days. We put it on everything! When I got ready to make more, I made a slight tweak with the tomatoes and tripled the recipe. Now I call it my magnificently magnificent honey zinger BBQ sauce. Okay, not really, but it is incredibly yummy.

If you’d like a nice honey zinger BBQ sauce without the kick, use regular ketchup instead of curry ketchup in the recipe. And if you don’t want to make your curry ketchup from scratch, you can add 1 teaspoon of curry powder per 1 cup of bottle ketchup as a quick fill in.

I urge you to try making the curry ketchup up, though. You won’t be sorry. And who needs all of the chemicals and extra sugar in the commercial stuff anyway?

The first time I made this honey zinger BBQ sauce recipe, I used water and a drained can of diced tomatoes. What was I thinking? The next time I used pint jars of my mom’s canned tomatoes from last year’s crop. I cut the water out completely and used the tomato juice instead. It didn’t really make much difference in flavour, but it is healthier, and I then had empty jars to refill with my sauce. Genius. I’m slow, but I get there eventually! And there was no bath required for canning this sauce, of course. I simply filled the sterilized jars with hot sauce, sealed them and waited for that satisfying ‘pop’ as the jars sealed. 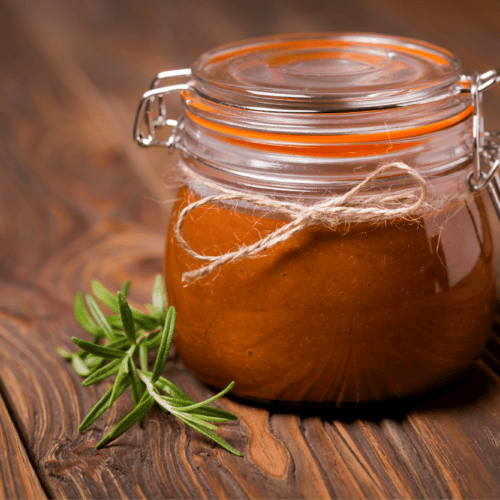