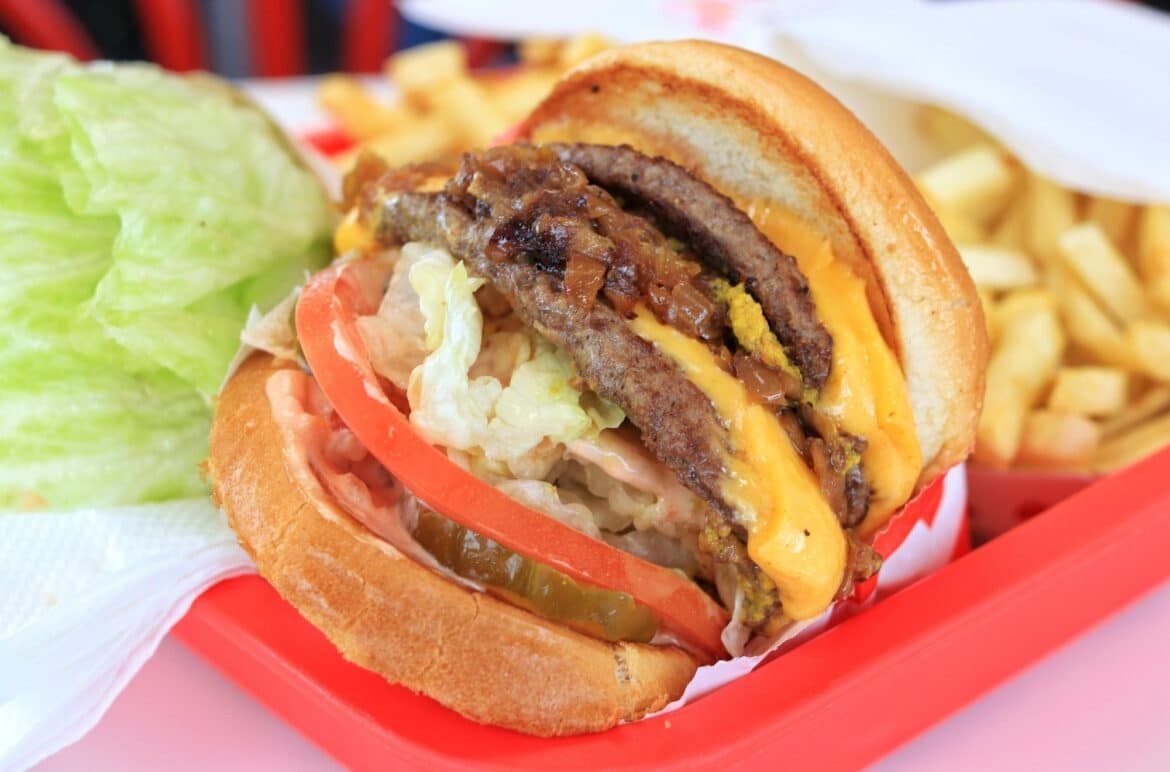 Animal-Style Burger For Man Night. As we have a guest tomorrow and I will be cooking steaks, tonight I had to come up with another idea for dinner.

Meet the homemade Animal-Style Burger, Double Double, inspired by In-N-Out. Besides Texas and Toronto, it would seem that In-N-Out is mostly a California tradition. It is spreading east for sure, which is good for them, as they will find out.

If you’ve never had In-N-Out, there’s nothing like it. They make the best hamburgers around, flat. If you’ve ever traveled around California and tried to go to In-N-Out at any location, it is always busy. Always.

One of the many parts about In-N-Out is that they have a secret menu, sort of. Their menu is basic, but if you know what to ask for, you can get all sorts of fun sides (hot peppers individually wrapped being one) and preparations.

One such preparation is called animal-style, which can be had on both burgers and fries.

Basically, they smear mustard on the patties before grilling them, and then they add grilled onions with extra secret sauce, pickles, and cheese. If you order fries like this, these extras are all dumped on top of them sans pickles.

Now I will be the first to admit that nothing replaces or can hold a candle to an original In-N-Out Animal Style Burger Double Double. That being said, it doesn’t mean you can’t try it at home when you have all of the ingredients on hand. There is nothing exotic about how Animal-Style Burger is made, and it’s pretty friggin’ good even if this Animal-Style Burger and In-N-Out’s aren’t the same things. 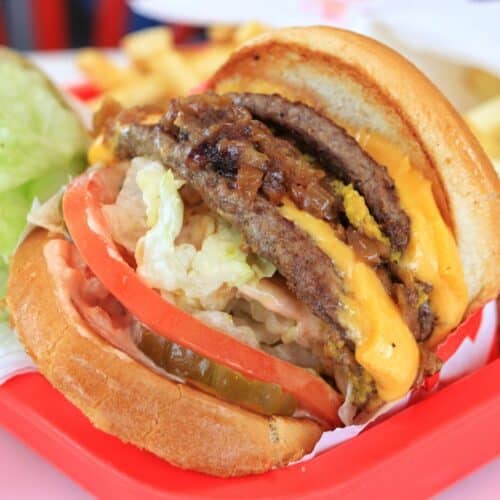 Is it the real thing? No. But is it good? To quote Vincent Vega in Pulp Fiction, “I don’t know if it’s worth five dollars, but it’s pretty good.” And it’s a snap to make. 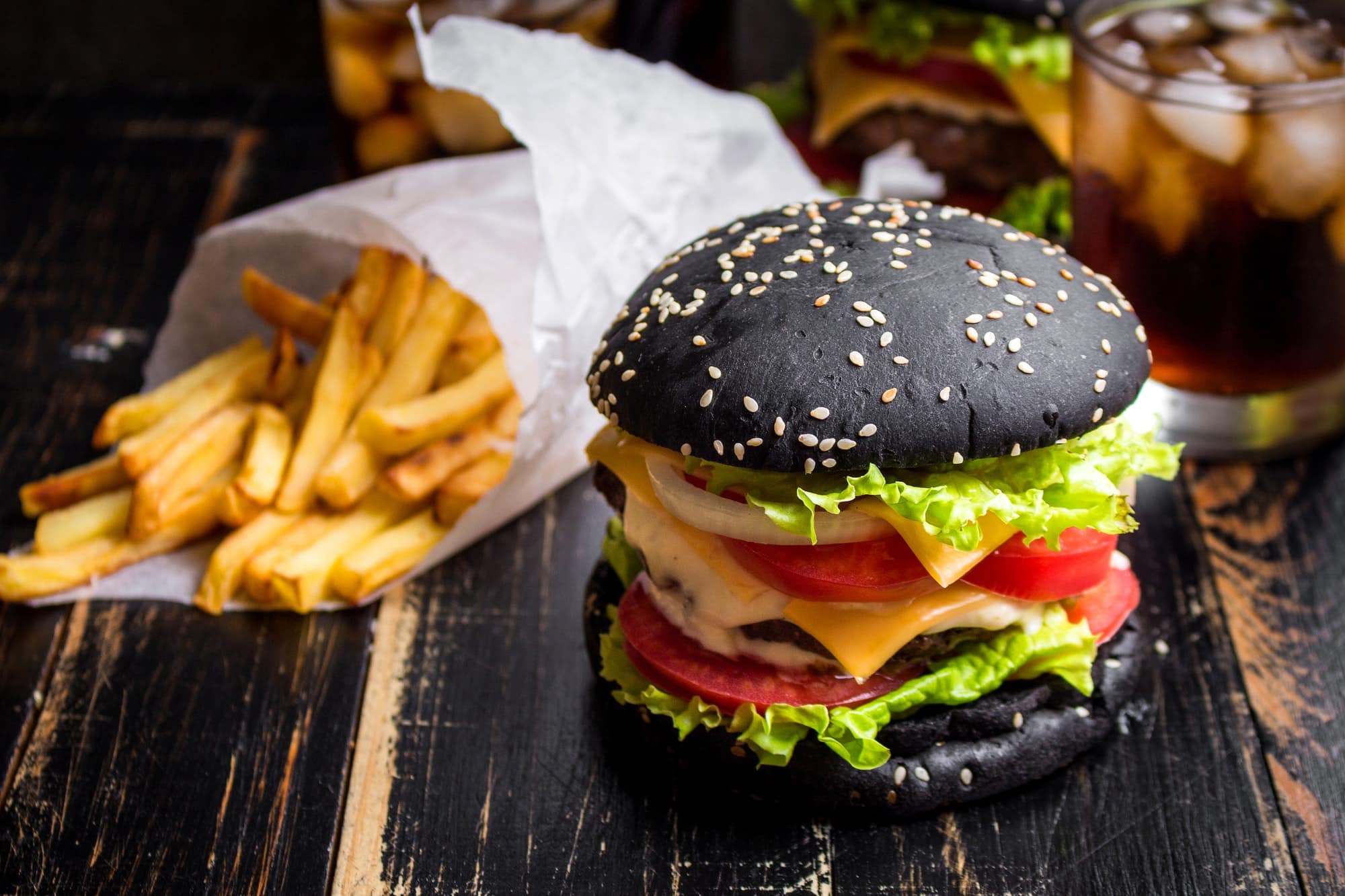 Burgerrecipes.info is part of the Dinner Media Group